Wythenshawe FM is a community radio station operating from the Wythenshawe Forum in Forum Square. It is run entirely by volunteers who live and work in the area and attempts to empower local people to have a voice which might otherwise go unheard.

Our mission is to:

• raise awareness of issues which affect the communities of M22 and M23.

• give people in the area the chance to learn social skills and gain qualifications in radio presentation /production, leading to better chances of employability, regardless of experience.

• promote equality and bring people together – regardless of age, race, gender, sexual orientation or religious beliefs.

The History of Wythenshawe FM

25th May 2000, was the day that began a new era in community radio.  WHY? That was the first day Wythenshawe FM started broadcasting in the public domain.

In 1999/2000 Radio Regen, originally our parent charity nad governor, started running a course where all the participants had the chance to get themselves a BTEC qualification in Radio Production. Jason Kenyon, Dave Leneghan, Billy Barkley and Richard Jamison’s final task on that inspiring course was to put together a community radio station that would run for four days – and it did, on the 25th May Wythenshawe FM was born.

Then Radio Regen had a bright idea. “LET’S DO IT AGAIN!”, and on the 25th February 2001 they broadcast over 7 days with a new set of trainees running the station.

On 6th October 2001 Radio Regen had yet another bright idea “LET’S DO IT ONE MORE TIME!” This time it lasted 14 days, which gave us the experience and the skills to run a full-time, long-term, all singing, all dancing year-long community station or as the then government liked to call it, an “Access Radio”.

In April 2002, Wythenshawe FM reappeared but this time it was for a whole year. Managed by three paid staff, they worked like superheroes, by day Jason Kenyon, Darren Jenkinson and John Phillips were mild-mannered radio support staff, by night they were gibbering emotional wrecks.  However, they survived and with the help of a fantastic volunteer base they got the station ready to go.

Then it came to LAUNCH DAY.

Wythenshawe FM hit Wythenshawe Town Centre with force, rocking the very foundations of the multi-storey car park. With live bands, line-dancing, karaoke, not to mention the world renowned Doughnut Challenge, (how many doughnuts can you eat in a minute), they didn’t break any records but did manage to eat a few hundred doughnuts!

Then the work started. 125 hours of broadcasting a week, supporting over 80 volunteers and making the best community radio station the world has ever experienced (not just our opinion).

Wythenshawe FM has seen many changes, the schedule has evolved, the presenters have improved and WFM has gone from strength to strength. We are still broadcasting, albeit now with no paid staff, and as of time of writing, intend to do so for a long time.

In 2005, Wythenshawe FM applied for, and was successful in getting a 5-year Community Radio License. No surprise there, after all they were part of the Radio Pilot project for community radio licenses. The station has seen many volunteers come and go, some going on to paid work on commercial radio stations, TV and other walks of life.

In 2010, Wythenshawe FM became independent after 10 years of support and management under Radio Regen. You may ask, “What does the future hold for Wythenshawe FM and the newly formed WFM Community Media, the new company and charity overseeing the operation of Wythenshawe FM, now entirely volunteer led.

In 2014 Wythenshawe FM earned the Queen’s Award for Volunteer Service, the highest award for volunteers and the equivalent of an MBE!

As recently as November 2017 they were nominated for Be Proud Award as Volunteer Group of the Year. They were awarded the runner-up trophy. A great triumph. 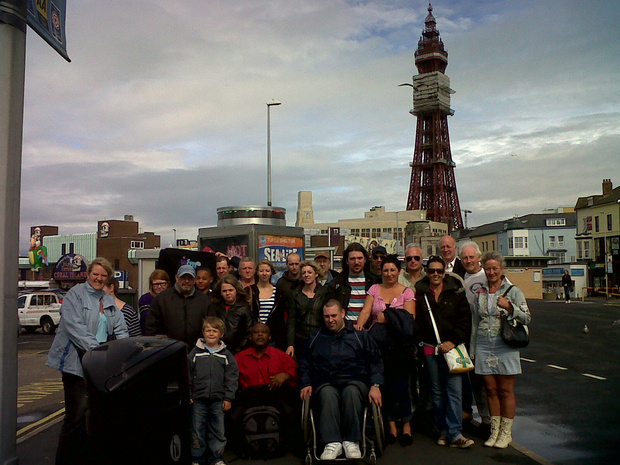