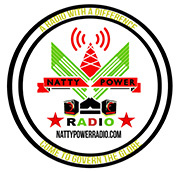 Welcome to the first and original 24 Hour Caribbean-programmed internet radio station in the United States.

Since 2016, the heartbeat of the Caribbean-American community in the United States has been South Florida's very own Natty Power Radio.  Today, radio makes history again by becoming the first 100% Caribbean-owned radio station with Caribbean programming on the dial.

The Alliance Broadcasting Network has added this Caribbean gem to their growing stable of radio stations led by their vision to become the first Caribbean-American conglomerate to own and operate radio stations for and by the Caribbean-American people here in the United States and abroad. The Alliance Broadcasting Network wishes you a pleasant listening experience whether broadcasting on the airwaves or streaming on the internet.

Please kick back and listen to the great Caribbean sounds of music and talk of the Caribbean-American community as you enjoy Natty Power Radio. The Alliance Broadcasting Network thanks you for enjoying the best Caribbean talk and entertainment on the dial and on the Internet.    HISTORY : The history of Natty Power Radio is as glorious as its future. A group of visionaries came together in January 2016 to broadcast the first 24 hours of Caribbean programming for South Florida to enjoy.

However, instead of just South Florida, the world took notice and Natty Power Radio has never looked back. Natty Power Radio continues to ride the waves of growing popularity shared by Reggae Music, Soca music, Gospel music and overall Caribbean culture. In 2016, Natty Power Radio adopted a Caribbean format directed to the large West Indian population of South Florida, which up to that time, did not have a major media serving the Caribbean-American community.  Natty power radio is a 24 hour terrestrial radio station which broadcasts at 5,000 watts non-directional. Natty power radio is licensed to Davie, Florida and serves the South Florida area including Miami, Fort Lauderdale, West Palm Beach, and the Bahamas.

A Radio with A Difference Come to Govern the Globe.