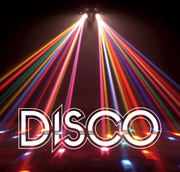 Disco is a genre of dance music containing elements of funk, soul, pop, and salsa that was most popular in the mid to late 1970s, though it has had brief resurgences.

Its initial audiences were club-goers from the gay, African American, Italian American, Latino, and psychedelic communities in New York City and Philadelphia during the late 1960s and early 1970s.

Disco also was a reaction against both the domination of rock music and the stigmatization of dance music by the counterculture during this period.

Women embraced disco as well, and the music eventually expanded to several other marginalized communities of the time.