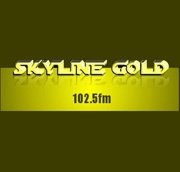 Skyline Gold is one of the "third tier" of UK radio stations licenced by Ofcom, which launched in January 2006 as Skyline Community Radio.

The station broadcasts on 102.5 FM from studios based in Hedge End, Hampshire, primarily to the villages of Hedge End, West End and Botley, although it can be received in other parts of the Borough of Eastleigh.

Skyline Gold is run entirely by volunteers. Nobody is paid. Unlike many community radio stations it receives no money or grants from the taxpayer and is entirely funded by its volunteers and advertisers.
We are proud to provide such a service free of any charge to the general public, particularly in these difficult times.