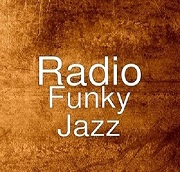 Its playlist is characterized by non-mainstream or underground artists of various music genres, such as electro, new wave, reggae, jazz, hip hop and world music.

From end 2019, Radio Funky Jazz was oriented mainly around world music, but around October 2019 the musical programming was changed to include reggae, funk and rap.

Around December 2019, Rfj changed its musical programming again, to include acid jazz and French rap.

In 2020, its musical programming consisted mainly of Ambient, chill-out and jungle music.