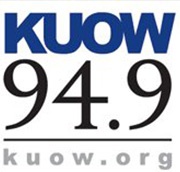 KUOW is a founding member of NPR. KUOW serves communities in the Puget Sound region, Western Washington and Southern British Columbia. The station is operated by KUOW Puget Sound Public Radio (PSPR) under an agreement with the University of Washington, KUOW's licensee.

PSPR was established in 1999 and is a private, nonprofit corporation governed by a community board.