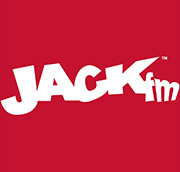 JACKfm - Playing What We Want.

JACK FM is a radio station branding licensed by Sparknet Communications to 44 media markets in Canada, the United States, the United Kingdom, and Russia. Stations adopting this branding play a mix of 1960s, 1970s, 1980s, 1990s and 2000s hits with some current hot adult contemporary singles. Jack's slogan "playing what we want" can also be considered as more of a motto or philosophy of their programming. They promote themselves as having a larger and more varied playlist than other commercial radio stations.

It is not unusual for a Jack FM station to have a playlist of over 1000 songs compared to normal FM stations which sometimes have playlists of fewer than 500 songs.