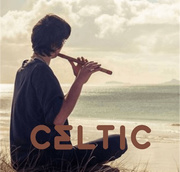 Celtic music is a broad grouping of music genres that evolved out of the folk music traditions of the Celtic people of Western Europe.

The Q-Celtic nationalities are the Irish, Scottish and Manx peoples, while the P-Celtic groups are the Cornish, Bretons and Welsh peoples.

Musician. Breton artist Alan Stivell was one of the earliest musicians to use the word Celtic and Keltia starting in the early 1960s as part of the worldwide folk music revival of that era with the term quickly catching on with other artists worldwide.

Today, the genre Celtic is well established and incredibly diverse.