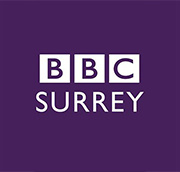 BBC Local Radio has been broadcasting in Surrey since 1991. Originally it was an opt-out of BBC Radio Sussex, broadcasting from our Guildford studio, and carrying Sussex programmes between its own local output.

The stations were combined in 1993 and then renamed BBC Southern Counties Radio in 1994. BBC SCR was originally launched as an all-talk service in 1994 serving Sussex, Surrey and North East Hampshire.

In 1997 the station was re-launched with three breakfast shows and music was introduced to the daytime schedule.

You can also hear us via the BBC iPlayer radio app for phones & tablets and online at LiveRadio.ie