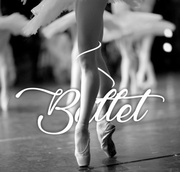 Ballet is a type of performance dance that originated during the Italian Renaissance in the 15th century and later developed into a concert dance form in France and Russia.

A well-known example of this is The Nutcracker, a two-act ballet originally choreographed by Marius Petipa and Lev Ivanov with a music score by Pyotr Ilyich Tchaikovsky.

Ballets are choreographed and performed by trained ballet dancers.

Traditional classical ballets usually are performed with classical music accompaniment and use elaborate costumes and staging, whereas modern ballets, such as the neoclassical works of American choreographer George Balanchine, often are performed in simple costumes (e.g., leotards and tights) and without the use of elaborate sets or scenery.