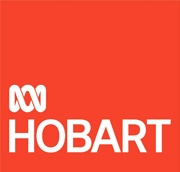 As interest in radio grew rapidly across Australia, the Post Master General announced in 1937 that a second ABC station would be established in Hobart and other cities, to provide a wider range of programming.

There was talk of the second station being called 7HN or Hobart National, but it was finally launched as 7ZR on a frequency of 1160. It broadcast live and recorded music, talks and sport from 10.00am to 10.30pm on weekday and less on weekends. The year was 1938, and that summer Don Bradman made 144 in an Australians vs Tasmania match in Hobart. So since 1938 7ZR, now 936 ABC Hobart, has informed this city and told the stories of Tasmanian life!