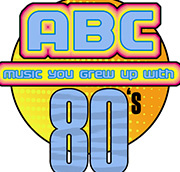 ABC80's exceptionally plays the most popular songs and music from 1980's.

The 1980s saw the emergence of pop, dance music and new wave. As the term disco fell out of fashion in the decade's early years, genres such as post-disco, Italo disco, Euro disco and dance-pop became more popular. Rock music continued to enjoy a wide audience. Sub-genres such as new wave, soft rock, and glam metal and shred guitar characterized by heavy distortion, pinch harmonics and whammy bar abuse became very popular. Adult contemporary, quiet storm, and smooth jazz gained popularity. Also during this decade, several major electronic genres were developed, including electro, techno, house, freestyle and Eurodance, rising in prominence during the 1990s and beyond. Throughout the decade, R&B, hip hop and urban genres were becoming commonplace, particularly in the inner-city areas of large, metropolitan cities; rap was especially successful in the latter part of the decade, with the advent of the golden age of hip hop.