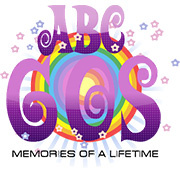 ABC60's (aka ABC 60s Radio) is the only radio station in Ireland that exceptionally plays the most popular hits and music from 1960's.

In North America, Europe and Oceania, the decade was particularly revolutionary in terms of popular music, as it saw the formation and evolution of rock.

This was the decade when currently still very well known bands and musicians started their careers: The Rolling Stones, Eric Clapton, Led Zeppelin, Cream, The Who, Pink Floyd, The Beatles, Bob Dylan, The Mamas & the Papas, Jimi Hendrix, The Doors, The Beach Boys, Janis Joplin and others. 1960's  was also the decade when the famous Woodstock Festival took place in August, 1969.

At the beginning of the 1960s, pop and rock and roll trends of the 1950s continued; nevertheless, the rock and roll of the decade before started to merge into a more international, eclectic variant known as rock. By the mid-1960s, rock and roll in its purest form was gradually overtaken by pop rock, beat, psychedelic rock, blues rock, and folk rock, which had grown in popularity.

Towards the decade's end, genres such as baroque pop, sunshine pop, bubblegum pop, progressive rock and heavy metal started to grow popular, with the latter two finding greater success in the following decade. Furthermore, the 1960s saw funk and soul music rising in popularity; rhythm and blues in general remained popular, and this style was commonly associated to girl groups of the time, whose fusion of R&B and gospel with rock and roll enjoyed success until the mid-part of the decade. Aside from the popularity of rock and R&B music in the 1960s, Latin American as well as Jamaican and Cuban music achieved a degree of popularity throughout the decade, with genres such as bossa nova, the cha-cha-cha, ska, and calypso being popular.
For more info check the article about the history of music in 1960's on Wiki.

JackMay 4, 2018
It's good to hear all the oldies, but goodies..Don't go for the crap they call music these days..

miller jihanMarch 21, 2018
pls remember we are listening to 'Canned Music," not live songs, and therefore the often repeatance, sometimes Ilike to hear the same song or instrumental 'Wheels, Rider in the Sky and more such". There are other radio stations ( canned music) to listeneing to as well, most have a repeatance rate too, never mind, enjoy..All are great Oldies

Muller JihanMarch 17, 2018
The very Best of Rock'n Roll and music from the 60's, Congratulation, I wish ther would be more DJ's around like that

Muller JihanMarch 15, 2018
One of the Greatest DJ's on Earth, have now heard songs never encountered for 40-50 years,, Why,B'cause there is not much interest in Oldies Music anymore, the Old Farts have mostly kicked the proverbal Bucket, i am 74 this year and like to add some more 10-15 years to m visit onthe planet

Dudley TrehaneMarch 5, 2017
Very Happy Memories of the 60s.Fantastic Music Great Station. You have played today a lot of the Great Music from the 60s you rarely hear in England.It Made my Day keep it up. Many Thanks. Kind Regards. D. J Trehane. PL3 4HA. Plymouth. England.

PhilipAugust 3, 2016
Why is the same piece of 'musak' played twice every hour? Its played around 20 past and 10 to the hour. Seems v strange

michaelJune 21, 2016
living in Australia from navan